Hi everyone!  I’ve been promising an updated Arum Lilea Book Club post since before Christmas so apologies for the delay.  Have you set yourself a Goodreads reading goal for the year?  Hopefully, you’re looking for some great recommendations for your reading pile this year, in which case I have plenty!

Miles, drunk and passed out on the door to Tate’s brother’s apartment piques Tate’s curiosity.  Once he’s sobered up and her brother has explained that he’s a good friend having a bit of a tough time, it’s quite clear that Tate has a red-hot attraction to Miles.  He says he’s emotionally unavailable.  She says that’s okay.

I thought this was an extremely predictable love story with only one plot twist.   Tate was embarrassingly desperate for Miles’ attention and I also think she let him use her.  Perhaps it’s the feminist in me but I thought it was a terribly unattractive quality in a female character.  This is the third book I’ve read by Colleen Hover and, if I’m honest, was disappointing.  Mine is clearly an unpopular opinion but your time and money are definitely better saved for other books on this list.  In my previous book reviews, you’ll note that Verity was one of my favourite books over the past few years so if you’re interested in the hype surrounding Colleen Hover, that’s definitely the book I’d recommend.

THE HUNTING PARTY BY LUCY FOLEY

I adored the Guest List so I was very much looking forward to another Lucy Foley novel.  This book did not disappoint.  A group of old friends from university decide to have a reunion at a remote guest lodge in the dead of winter.  As the friends gather together, the reader realises that all the group has in common at this stage is history.  They’ve grown apart and have different values as they’ve entered into different phases of their lives.  There are characters in this book that will really irritate you and that’s exactly the type of reaction that Foley is looking for.  One of the group will not survive the getaway.  Was there a secret that someone didn’t want to be uncovered?  There are brilliant twists in this book so it really kept me turning the pages.

THE LAST THING HE TOLD ME BY LAURA DAVE

This book was a Reese Witherspoon book club recommendation and I generally love her mystery/thriller picks so I was very excited to pick up this book and I thought it was brilliant.  Hannah and Owen seem to have such a wonderful marriage even though Owen’s teenage daughter hasn’t acclimatised to her stepmother.  One day, Owen doesn’t come home.  The news channels are reporting breaking news that the tech company Owen was working for has been invested by the FBI in a scandalous scheme.  The next we learn is that Owen isn’t Owen at all.  That isn’t even his real name.  Hannah is bewildered that she is married to a missing man whom she apparently knows so little about.  Who is Owen?  Is he a criminal?  Where is he?  This story takes an emotional journey as we follow Hannah’s investigation into her husband’s life.  I’ve given this book a 4/5 star rating.  I loved it!

WHAT HIS WIFE KNEW BY JO JAKEMAN

Beth received a complete shock when it appears that her husband has committed suicide by jumping off a cliff.  Beth grapples with this news by trying to determine how this could possibly be true.  She is convinced that this is a murder and that someone knows more than they’re letting on.  As she starts to sift through and recall their most recent interaction and investigate details that the police don’t seem to be concerned about, she makes some shocking discoveries.  Was he the man she thought he was?

This story is also about a husband that has gone missing so perhaps don’t read this one right after the previous book I’ve mentioned, as I did.  That being said, there are very different outcomes in the storylines. I loved both!  This one I’ve rated 5/5.

THE SECRETS OF ROCHESTER PLACE BY IRIS COSTELLO

This incredible book weaves together two separate timelines.  In the 1930s, a young Spanish girl named Teresa arrives in England to be protected by nuns during the Guernica bombings.  When the information reported reveals that Teresa has no surviving relatives, she realises that she will not be going home.  Heartbroken, grief-stricken and unable to speak English, she is truly fearful for her future.  Luckily for her, she is adopted by an Irishwoman named Mary Davidson and her husband and she is safe until the London bombings.  What does this have to do with Corinne, an emergency call dispatcher in 2020?  Well, the answer to that question lies in the fine art of storytelling.  This is such a captivating story.  I’ve rated this brilliant book 5/5.

I’ve had this book sitting in my wishlist for the longest time and I’m so glad that I finally read it.  I believe this was also a Reese Witherspoon recommendation.  Avery and Sadie have an incredibly close friendship despite being on opposite ends of the wealth spectrum.  When Sadie’s body is discovered on the beach in what is a suspected suicide, Avery is certain that there is more to the story than meets the eye.  She knew Sadie better than anyone else.

I thought this book started off so well with such great amounts of intrigue and the spark dimmed to a mere flicker.  The ending was definitely surprising but somewhat unremarkable.  It definitely kept me turning the pages, but I’ve awarded it an average 3/5 for not living up to the hype that surrounds it.

That’s it for this Arum Lilea Book Club round 9 but the next list of book reviews will follow shortly.  Please let me know if you read any of the books I’ve recommended either down below or by tagging me on Instagram (@arumlilea).  If you have any recommendations for me, I’d also love to hear them so please leave a comment below.  I love a little book chatter! 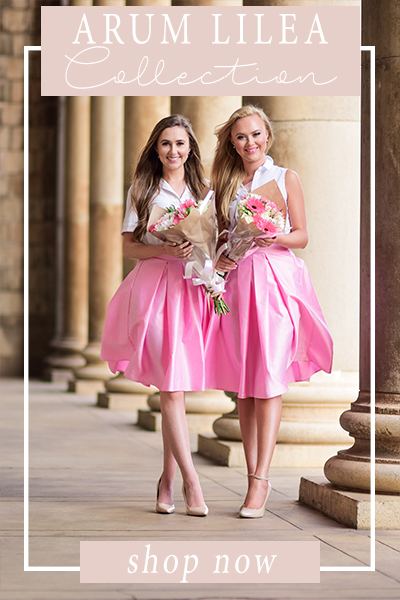